Mr. Rogers and His Camera 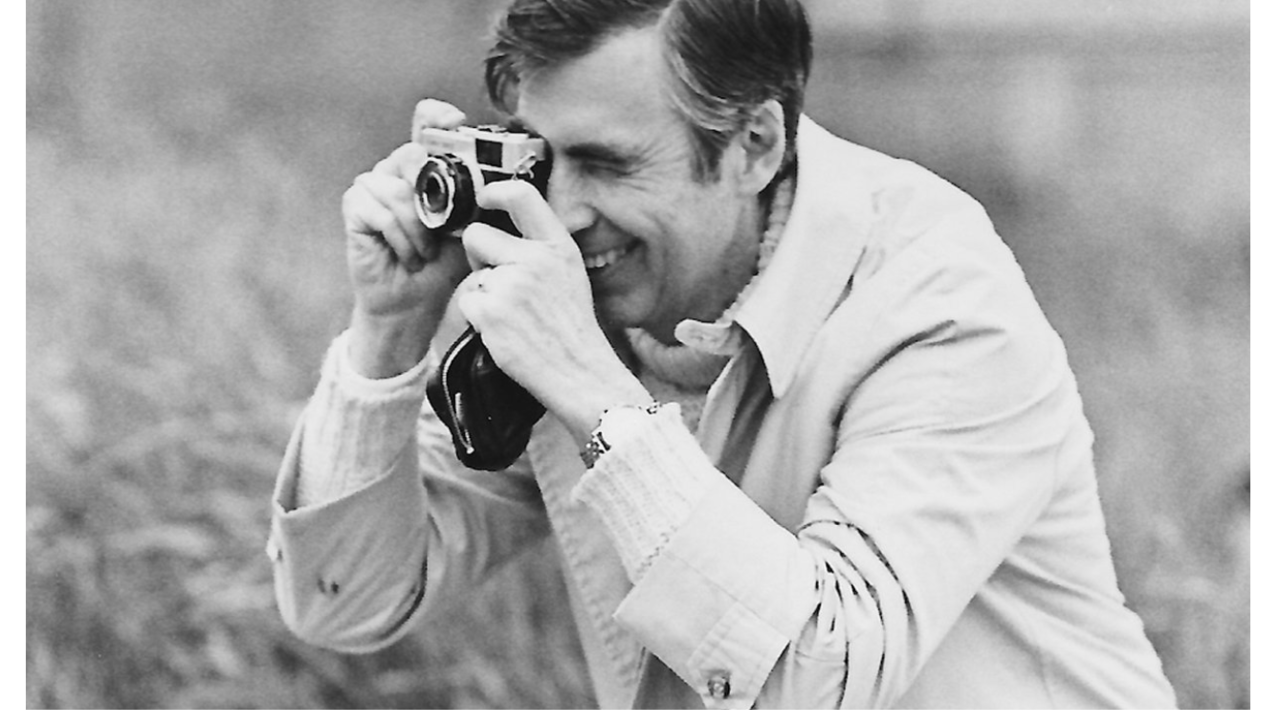 Today I watched the Tom Hanks movie, A Beautiful Day in the Neighborhood, about the late Fred Rogers, TV host of the children's program Mr. Roger's Neighborhood. It touched me deeply. Mr. Rogers sought to redeem television for the sake of the souls of the children of the nation. He fought a long battle against thoughtless, brainless TV, with 865 episodes of his show, filmed over thirty-one years. He taught children about the value of all humanity, the importance of feeling our feelings and dealing with them in a good way, and well . . . just made everyone feel LOVED. Myself included.

How many of you watched Mr. Rogers' Neighborhood as a child? I did. I remember sitting in my favorite climbing tree, reading a book in the branches. My mom called out the front door that Mr. Rogers was on TV, and I startled. I couldn't miss my favorite show! I jumped from the tree instead of taking my rope ladder down, from a height that a child really shouldn't jump. I hurt my bare feet, but I didn't care and kept on running, inside the house, to sit on our 70's orange shag carpet in front of the boxy TV to make sure I didn't miss one moment of Mr. Rogers' Neighborhood.
All of these memories came alive for me today as I watched Tom Hanks portray Mr. Rogers in the film. Memories and feelings I'd forgotten came out in the form of tears, salty not with sadness but with memory and conviction. He was one of the first who taught me to make my life count, to live to bless others with compassion, grace and kindness.
In the article that inspired the movie, journalist Tom Junod writes about the way Mr. Rogers liked to turn the interviews back around on the journalist, asking Tom if he had a childhood stuffed animal. "And it was just about then, when I was spilling the beans about my special friend, that Mister Rogers rose from his corner of the couch and stood suddenly in front of me with a small black camera in hand,” Junod wrote in the 1998 Esquire story. “‘Can I take your picture, Tom?’ he asked. ‘I'd like to take your picture. I like to take pictures of all my new friends, so that I can show them to Joanne….’” (his wife) "And then, in the dark room, there was a wallop of white light, and Mister Rogers disappeared behind it.”
Mr. Rogers' photos were a way to put the focus (literally) on someone else other than himself, to show them that they were valued. How beautiful is that? To be known as a person of great enough importance to have your photo taken (and printed, because in those days film had to be developed, and printed). Mr. Rogers loved photography, and would create scrapbooks of these printed photos. When Mr. Rogers took your photo, it meant you were a friend.
Mr. Rogers believed in technology as a tool for reaching people, television as well as photography. I love this. How can we can use the technology of our cameras to positively affect people?
How hard is it to take a photo? Sometimes I hate to (supposedly) "ruin" a moment by suggesting a photo. Too many times, I think of it and don't act. I don't want to be likened to a tourist with a selfie-stick, taking photos instead of engaging in real life. BUT there is a time and place to photograph people in special moments, isn't there? Let's do that more. People change and pass away, and sometimes the photos and the memories are all we have left.
There's another powerful lesson we can learn from Fred. In his show, Mr. Rogers told children, "I like you just the way you are."
We all, just like children, long to be known and loved just as we are. To have someone get down on our level, look us in the eyes, and really see us.
That's one thing I love about photography. You look through a lens and focus on your subject. We see them, and they look through the lens to us. Photography connects us somehow.
Once that moment is over, and the photo is taken, then what do we do with it? Let's not forget to print those photos and show them to our loved ones, like Mr. Rogers did.
It's been proven that children who see printed photos of themselves feel more secure (3). They see that they are loved as they are. If they are photographed with their family, they can look at that photo and see documented evidence that they belong with these people, that there is a safe space for them. Printed photos help to solidify a sense of self and lets them know they are valued.
So, friend, pick up that camera and photograph your loved ones today. Photograph with intention. Praise their importance and beauty as they are; make them feel valued and known. Hang those shots up on the wall that have been sitting in the drawer.
From me, and from Mr. Rogers, "I like YOU just the way you are."
Much love,
Laura
P.S. Topics like this light me up . . . this is what I want to communicate in my upcoming photography course--how to let photography serve you in your "real life." Sign up here if you're not on the email list, and I'll keep you going with more inspiration!
Close 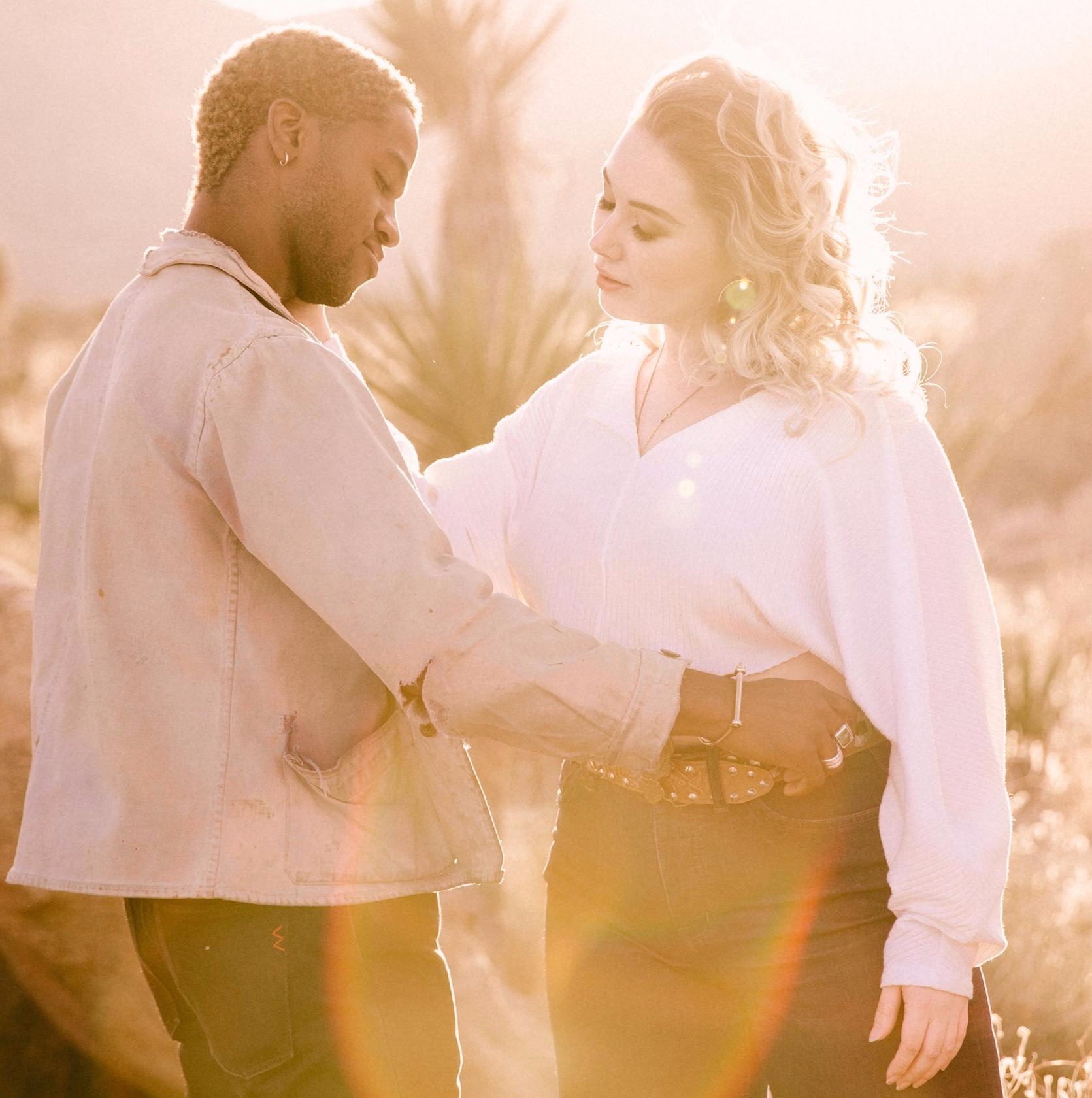 Thanks so much for stopping by!

If you'd like to up-level your photography, subscribe here to snag your FREE PDF that gives you all of my best tips and tricks regarding light in photography!

YES! I WANT THE FREEBIE
Close 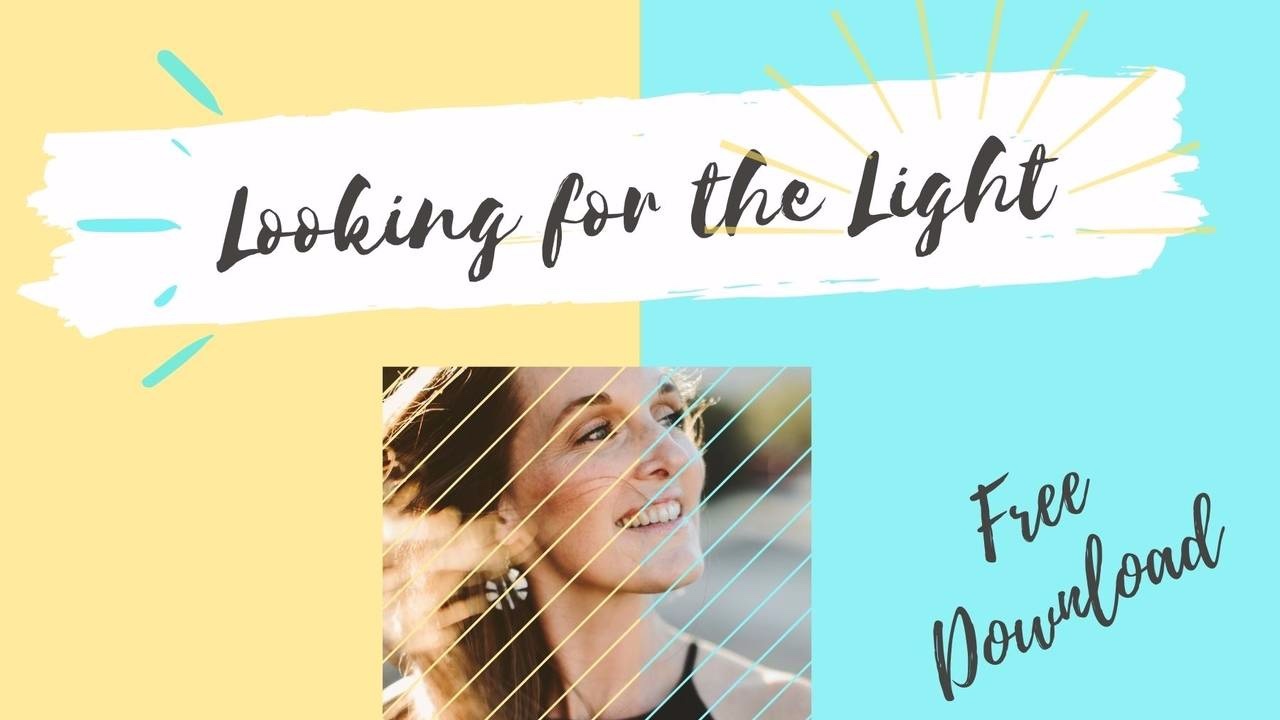 Join me in looking for the light

Subscribe to my email list today for free education and inspiration, that begins with a FREE mini-guide, "All About Light."  It's time to take control of your photography and change the way you see the world around you! Can't wait to see you soon.